AARC DESIGNS NEW WEB SITE FOR OXYGEN-DEPENDENT TRAVELERS
The American Association for Respiratory Care (AARC), Dallas, announces its new Web site–Breathin’ Easy (www.oxygen4travel.com)–designed to help make travel easier for oxygen-dependent patients.
The Web site offers the most up-to-date information on oxygen refilling sites throughout the United States. Listings are updated regularly and include complete contact information as well as various email and Web site links. Other features include travel tips and other travel guides provided by the AARC.
The printed version of “Breathin’ Easy” was established as a printed travel guide 2 years ago and serves as a resource for patients, home care providers, and therapists. The printed version of “Breathin’ Easy” is updated annually. To purchase a copy, call (972) 406-4663.

HCFA DESIGNATED RESPIRATORY THERAPY BILLING CODES
The Health Care Financing Administration (HCFA) has designated four specific respiratory therapy-billing codes to the outpatient fee schedule for comprehensive outpatient rehabilitation facilities (CORFs). These services are excluded from the annual limitations applied to physical, occupational, and speech therapy.
The coding requirement is effective for outpatient rehabilitation services claims submitted on or after April 1, 1999, and is needed to ensure proper payment under a prospective payment system that became effective on January 1, 1999.
The HCFA codes reporting CORF respiratory therapy services are as follows:

Parker B. Francis Grant Availableÿ
The Parker B. Francis Foundation has provided an endowment to the American Respiratory Care Foundation (ARCF) to provide financial assistance for research programs dealing with respiratory care and related topics.
The principal investigator may be a physician or respiratory care practitioner. However, a respiratory care practitioner must be the co-principal investigator if a physician is the principal applicant. The amount and frequency of this award are at the discretion of the Board of Trustees of ARCF and dependent upon the quality of proposals. Applications are accepted at any time. Complete details are provided in the Grant Information and Instructions included with the “Applications for Research Grant” available through the ARCF Foundation Executive Office at 11030 Ables Lane, Dallas, TX 75229; (972) 243-2272.

Letter to the Editor
I think your magazine is great. It has good articles and I really enjoy the artwork. Keep up the good work!
J. Szoke, RRT
Spaulding, Ill

ATS Offers “Quality of Life” Web Site
The American Thoracic Society announces its newly enhanced Web site, Respiratory Disease Quality of Life Resource, (www.atsqol.org), designed to help pulmonary and critical care researchers and clinicians evaluate and select quality of life (QOL) instruments that best meet their needs. While QOL is inherently subjective in that it can only be determined by the person whose life is under study, researchers have spent the last 20 years refining instruments that can reliably measure the QOL of groups of people or patients.
The database provides information and critiques nearly 30 QOL and functional status instruments that assess patients with pulmonary disease or critical illness. Each instrument is evaluated and scored in reliability, validity, responsiveness, and the minimal clinically significant difference (the smallest difference that would be of interest to clinicians and patients).
Introduced last year, the Respiratory Disease QOL Resource has doubled in size since its debut. The newest additions to the site are sections on pulmonary hypertension, sarcodosis, and tobacco addiction. Researchers and clinicians are encouraged to use the site as a resource, and to recommend additional instruments for evaluation through the site’s interactive function.

ALA Unveils Asthma Awareness
The Los Angeles Division of the American Lung Association is launching a “Get the Facts” awareness campaign to help people understand that, although asthma can be a terminal illness, most people can lead active, full lives. The campaign follows the announcement that California has the greatest estimated number of people with asthma in the country.
California has an estimated 2,268,300 adults and children with asthma, equaling 7.1 percent of the state’s population. Surveys indicate that many children with asthma are not diagnosed or are receiving inadequate medical care.
The awareness campaign includes a 30-second television spot that shows an emergency situation involving a child who has an asthma attack and is being assisted by paramedics. The segment encourages people to call the ALA and get the facts about asthma.
Asthma is also taking a serious toll on Tennesseans as one in four children with asthma was taken to the emergency department because of an asthma attack in 1998, according to a survey released in recognition of World Asthma Day. The survey reveals that 40 percent of asthma patients in Tennessee were hospitalized, treated in emergency departments, or required other urgent care for asthma.

EIB COMMON AMONG TEEN FOOTBALLl PLAYERS
According to a study published in the December issue of Chest, 9 percent of 214 high school football players were found to suffer from exercise-induced bronchospasm (EIB)–a form of airway obstruction–after running one mile. Researchers at Temple University’s School of Medicine, Philadelphia, say that active screening for EIB, especially for athletes living in low-income neighborhoods, should be instituted so that appropriate care can be provided. Further examination of these findings in larger populations of athletes in urban areas throughout the United States is necessary.

A Shot of Fresh Air
California bartenders are breathing a lot easier since the smoking ban was placed on bars and taverns in early 1998. According to a study published in the December 9, 1998 issue of the Journal of the American Medical Association, 59 percent of bartenders who participated were relieved of coughing, wheezing, and shortness of breath less than 2 months after the ban. Lung function also improved.

Cat Allergies Risk Factors for Asthma
A study that appeared in the Journal of Allergy and Clinical Immunology provides evidence that cat ownership and sensitization to cat dander (dead skin flakes) are risk factors for asthma in adults. Researchers in Vancouver, British Columbia, received 2,999 responses–of which 1,019 were pet owners–from a questionnaire mailed to randomly selected subjects age 20 to 44. People allergic to cat dander had a higher risk of asthma and asthma-like symptoms than those not sensitive to cat dander and not owning a cat.

Booklet Available To Help Combat Sleep Disorders
The Sleep Research Institute, Washington, DC, has published a booklet, “Getting the Sleep You Need,” which provides information and suggestions on what to do when you cannot sleep.
“Many people have trouble sleeping and don’t know where to turn for help,” says Heather Kerrigan, director of the institute. “We’ve published a booklet that can help them with their situation.”
Research has shown that nearly 40 million Americans suffer from sleep disorders, costing them an estimated $16 billion in health care costs annually. Last year, the average American got 243 hours less sleep per year than in 1969.
To receive a copy of “Getting the Sleep You Need,” send $5 to: Regional Fulfillment Center, Sleep Booklet #SL-950, 2124 Broadway #104, New York, NY 10023. Consumers also can get information from the institute’s Web site at www.institute-dc.org.

NATIONAL PRIORITY FOR SHORT-TERM TB THERAPY
Researchers are calling for new short-term preventive therapy guidelines for high-risk, inner-city residents, based on the results of a 2-year evaluation of a tuberculosis (TB) screening and preventive drug therapy program.
The goal of the community-based trial program in Atlanta was to prevent full-blown TB in those who tested positive. The program included 6 to 12 months of preventive drug therapy for those who had tested positive for TB, however, only 20 percent completed therapy. According to a report in the January issue of the American Journal of Respiratory and Critical Care Medicine, of the 7,246 persons who participated in the TB testing, 4,701 (65 percent) had their skin test read, 809 (17 percent) had a positive test, 409 (50 percent) fit into a category for an isoniazid preventive therapy regimen, and only 84 (20 percent) completed that therapy. Those screened were from a jail, clinics for the homeless, neighborhoods frequented by drug users, and/or a public hospital outpatients clinic.
The researchers noted in the journal that they were unable to demonstrate improved efficacy of a community-based isoniazid preventive therapy program, and called for significant changes in the approach to prevention. They endorsed amending current American Thoracic Society/Centers for Disease Control and Prevention preventive therapy guidelines to encompass results of recent successful short-course drug therapy trials. The researchers hope that through this new approach, which would emphasize short-term treatment for older adults who tested positive, city health departments would further accelerate the decline of TB case rates in the United States.
Study Evaluates Home Visitation for Children at High Risk of Asthma
Researchers at the National Jewish Medical and Research Center, Denver, will conduct a 5-year study to assess if regular home visits by nurses help curb the development of asthma in children 9 months to 2 years old.
The study will be divided between minority and Caucasian children of low-income families who may have had three or more illnesses with wheezing. Families participating in the study will be randomly divided into two groups: the environmental support group, who will be assigned a home nurse to work with parents for 1 year to target allergens in the home; and the information group who will receive tips about preventing asthma.
Children in both groups will be followed until 4 years of age. The research is funded by the National Institute of Allergy and Infectious Diseases at the National Institutes of Health, Bethesda, Md.

ARCF Accepts Applications for 1999 Education Recognition Awards
The American Respiratory Care Foundation (ARCF), Dallas, announces the availability of the Education Recognition Awards offered in 1999. All awards include a certificate of recognition, airfare, one night of lodging, and registration to the AARC International Respiratory Congress, December 13-16, 1999, in Las Vegas. To obtain application packets, contact Norma Hern ndez at (972) 243-2272, or email to info@aarc.org. The application deadline is June 30, 1999, and the recipients will be selected by September 1, 1999. The awards include: 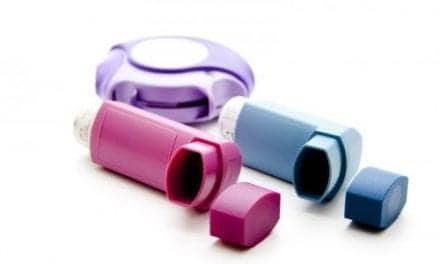