Continuous positive airway pressure (CPAP) is a noninvasive modality used to increase intrathoracic pressures to help alleviate patient discomfort, hypoxemia, and increased work of breathing. CPAP has been used in various forms and called by several names since 1912, but the modern term “CPAP” and its use emerged in the 1980s as a treatment for pulmonary edema secondary to congestive heart failure (CHF). In the hospital, CPAP is often utilized as a final phase of mechanical ventilation weaning. CPAP is used in the home setting for the treatment of obstructive sleep apnea, and prehospital emergent use is starting to surface as a proven modality to try to reduce intubation of patients. Some complications to include when considering CPAP are gastric distention, hypotension (cardiac instability), corneal drying, and pneumothorax.

How Does the CPAP Work?

CPAP is a continuous pressure applied to the airways throughout the breathing cycle. This pressure increases the functional residual capacity (FRC), the amount of air left in the lungs after a normal passive exhalation. Functional residual capacity decreases with obesity, lying supine, certain lung diseases, pregnancy, and anesthesia. Other factors that reduce FRC include pulmonary contusions, acute pulmonary edema (via congestive heart failure, drugs, or hydrocarbon inhalations), acute respiratory insufficiency, and lung infiltrates.

Functional residual capacity extends the surface area of the alveoli, and, if it is decreased, the patient suffers from poor oxygenation and an increased work of breathing. So CPAP can be introduced to promote greater gas exchange and improve oxygenation and ventilation, thus easing the patient’s workload. Not only does CPAP help restore the surface area extension of the lung, it also aids airways at risk for collapse due to excessive fluid. The goal is to decrease the work of breathing, saving valuable energy, as well as to make sure adequate gas exchange is present.

In today’s medicine, cost is always an issue. Practitioners try to provide the best possible care and allocate the resources to where they are needed. CPAP has been a proven cost saver over intubation. CPAP is noninvasive, is easily discontinued or adjusted, and requires minimal if any sedation. It can be comfortable once the patient becomes assured of its effectiveness. In contrast, intubation is invasive, has an increased potential for infection, requires a higher level of tertiary care, requires sedation and sometimes paralyzation, and can be traumatic and increase length of stay.

CPAP provides a bridge between oxygenation by non-rebreather mask and endotracheal intubation. Use of intubation with its inherent risks such as ventilator acquired pneumonia, additional sedation, invasiveness, the requirement of highly trained personnel, and other significant complications leads one to surmise that if CPAP is effective, it should be tried first. CPAP has been proven to reduce days in a hospital stay without a reduction in quality of care. CPAP also reduces trauma and infection risks associated with intubation.

Brigham and Women’s Hospital in Boston2 showed the following data regarding the use of CPAP and its effect on oxygenation during a small trial of 19 patients placed on CPAP. Mean Spo2 prior to CPAP was 83.3%, post-CPAP mean Spo2 was 95.4%. CPAP has been proven in various trials to improve oxygenation.

Pavlakovich et al3 set out to determine if providing nasal CPAP as an option to EMS personnel would make an impact on the intubation rate (in the field) and on the intensive care admission rate and length of stay for patients with CHF/pulmonary edema. Data comparison from the study shows that between 1996 and 1997 (the control period), following 22 intubated patients, the average hospital stay was 14.8 days with an ICU admission rate of 100%. During the period of 1997 to 1998, EMS responded in situations involving 54 patients who suffered from acute respiratory failure secondary to CHF. Of the 54, four were intubated immediately, and four failed CPAP and required intubation. The average hospital stay was 8 days down from 14.8 days in the control group and the ICU admission rate was down to 48%.

Prehospital responders have been using CPAP to help treat patients suffering from congestive heart failure, pulmonary edema associated with volume overload (eg, renal insufficiency, iatrogenic volume overload, and liver disease), as well as near drowning. A careful and judicious use for certain chronic obstructive pulmonary disease groups could be helpful. Responders must be careful, however, as CPAP is not the cure-all for all patient groups. They should be wary of patients with a loss of consciousness or claustrophobia, as well as an intolerance of masks or the levels of pressure of the device. Patients with imminent respiratory arrest should be immediately intubated. Cardiogenic shock as well as facial anomalies or traumas are contraindications for the use of CPAP. There has been some data to show CPAP is not as detrimental to pneumothorax issues, but, at this point, it is still listed as a major contraindication. Responders must rely on their experience and judgment calls in each unique situation. Proper patient selection is critical to effect a positive outcome. Patients with emphysema may not be candidates for CPAP, and use for asthma treatment has had mixed results. CPAP has been shown to be most effective with patients with pulmonary edema with moderate respiratory distress.

The disease process that is garnering attention recently is acute pulmonary edema, especially with moderate respiratory distress. Emergency departments throughout the country seem to be experiencing the trend as do the emergency medical services. Patients are placed on CPAP in the field, usually between 5 and 8 cm H2O, as they are brought to the hospital. Many emergency centers follow suit, placing patients on in-house CPAP machines. According to Peter et al,4 patients with a form of acute pulmonary edema with cardiogenic origins have benefited from the use of CPAP, especially with early application.

A review of all studies has shown that the use of CPAP therapy for patients presenting with acute pulmonary edema with cardiac sources did show a significant reduction in the need for intubation and mechanical ventilation. The mortality benefit of CPAP was significant. The difference between bilevel ventilation and CPAP was not significant for any improvement.4 There was some evidence for an increase in the incidence of new myocardial infarction with bilevel ventilation. More studies are needed to differentiate between the CPAP benefit and the potential for the use of bilevel ventilation, and CPAP should be used initially until further research can be performed. 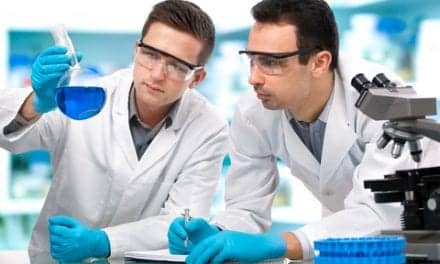 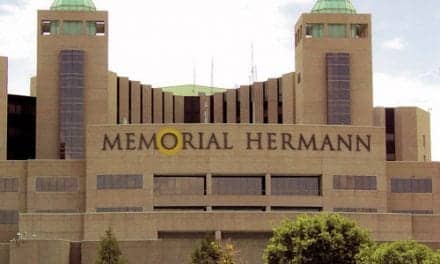