A challenge test performed on sensitized patients determines whether various allergens and irritants cause an increase in exhaled nitric-oxide.

The nitric oxide levels of air exhaled from the lower respiratory tracts of patients with untreated asthma have been shown to be increased.1-3 An additional increase in exhaled nitric oxide has been documented during the late response to exposure to inhaled allergens.4 Recently, Adisesh et al5 were able to show a correlation between the levels of nitric-oxide exhaled from the upper and lower respiratory tracts of exposed workers who were allergic to laboratory animals. To determine whether a challenge test using allergens such as natural rubber latex or 4,4’-diphenylmethane diisocyanate (an agent that is both an allergen and an irritant) would also show increased nitric-oxide exhalation in sensitized patients, investigators at the Berufsgenossenschaftliches Forschungsinstitut fur Arbeitsmedizin, Institut an der Ruhr-Universität Bochum, Germany, carried out a study.

A medical history was taken that included use of medications, smoking history, allergies, and other illnesses. All subjects gave informed consent in order to participate in examinations that were initiated to determine whether their rhinitis and/or asthma symptoms had been caused by natural rubber latex or by isocyanate exposure on the job (making them eligible for workers’ compensation). The methods used for exposure testing, as well as for conducting methacholine challenge tests, were performed as recently published.6

Nitric-oxide measurements were made immediately before and after methacholine challenge procedures, as well as after bronchodilation with salbutamol. Follow-up measurements were made on the following morning, 16 to 18 hours later; these measurements were usually used as the baseline values for the specific challenge tests performed on that day. For isocyanate and natural rubber latex exposure tests, nitric-oxide was measured before the testing started, immediately after a significant bronchial reaction had occurred, or after the normal end of the challenge test. Follow-up measurements were made up to 6 hours after exposure and again after 20 to 22 hours (limited by the working hours of the lung function laboratory). Immunoglobulin E (IgE) levels specific to natural rubber latex and to isocyanate were measured by the compound action potentials method. Spirometry was performed according to American Thoracic Society7 criteria, and at the same intervals as the nitric-oxide measurements. A significant bronchial obstruction was defined as a decrease of at least 20% from the baseline forced expiratory volume in 1 second (FEV1).

Nitric-oxide
Exhaled nitric-oxide was measured using a modified chemoluminescence analyzer having a sensitivity to nitric-oxide of 100 parts per trillion, 1012 (ppt), to 500 parts per billion, 109 (ppb), and a resolution of 100 ppt (with a response time of less than 0.5 seconds). The sampling rate of the analyzer was 400 mL per minute for all measurements.

The analyzer was calibrated daily using air free of nitric-oxide and a certified nitric-oxide mixture of 144 ppb in nitrogen. The content of ambient air was recorded before each subject was studied. The recommendations of the European Respiratory Society Task Force8 were followed in measuring exhaled nitric-oxide.

Measurements of exhaled nitric-oxide were made using slow exhalations from the total lung capacity that lasted for at least 20 seconds; nitric-oxide was measured using sidestream sampling. The nitric-oxide result was documented at a plateau of 5 seconds. Three measurements were obtained for each subject and session, and the mean nitric-oxide concentration was calculated. Participants closed their nostrils using two fingers during inhalation; the pressure during expiration was kept constant (at 20 mm Hg) by using a visual display of expiratory pressure on a pressure gauge watched by the subject.

Natural Rubber Latex Challenge Test
An immediate bronchial reaction after natural rubber latex exposure, as defined by a decrease in FEV1 of 20% or more, was exhibited by 10 of 18 participants. Of those 10 subjects, seven had skin-prick test (SPT) results that were positive for natural rubber latex allergens; they also had detectable levels of latex-specific IgE antibodies. Three of these subjects had a drop in FEV1 of 20% or more 6 hours after the challenge test was terminated, indicating a dual reaction of the lower respiratory tract, but only one subject showed an increase in exhaled nitric-oxide at the time. Another subject who had an immediate response showed such a severe reaction that 50 mg of prednisolone and 4 mg of dimethindene maleate had to be administered intravenously. Twelve participants were SPT-positive for natural rubber latex and had IgE antibodies specific to natural rubber latex. Eight SPT-positive subjects (seven of whom had antibodies specific to natural rubber latex) showed an increase in exhaled nitric-oxide of at least 10 ppb 22 hours after natural rubber latex exposure. All had developed an immediate allergic rhinitis during the challenge test, and five showed bronchial obstruction.

Analysis of Confounding Factors
No relationship could be determined among the use of medications, smoking habits, or a history of atopy or asthma and the response of nitric-oxide levels after a methacholine, natural rubber latex, or isocyanate challenge. No correlation between atmospheric nitric-oxide concentrations and levels of exhaled nitric-oxide was found in the study group.

Discussion
There have been several investigations of nitric-oxide response after allergen exposure in animals, as well as some work on nitric-oxide exhalation in humans after workplace exposure to allergens. No controlled challenge studies of subjects suspected to be sensitized have been reported to date.

Since isocyanates have allergenic and irritating properties,16,17 it was important to determine that increases in exhaled nitric-oxide occurred in two sensitized subjects and one nonsensitized subject. Both sensitized participants had significant decreases in FEV1, whereas the subject without sensitization did not have an immediate or late asthma reaction. These findings confirm the hypothesis raised by Adisesh et al,5 who expected an increase in nitric-oxide levels after exposure to low–molecular-weight allergens.

Our investigation shows that levels of exhaled nitric-oxide in occupationally exposed and/or sensitized subjects can increase considerably 20 to 22 hours after exposure to allergens or irritants. These findings are in accordance with a report5 of higher concentrations of nitric-oxide in workers with allergies to laboratory animals than in their asymptomatic coworkers. The largest increase in nitric-oxide concentration could be determined in the only subject who had immediate and late bronchial obstruction after exposure to natural rubber latex. Such an effect was also reported by Kharitonov et al.4
Inflammation, bronchial hyperresponsiveness, and increases in nitric-oxide obviously do not always coincide. Schuiling et al18 found that inhalation of the specific iNOS inhibitor aminoguanidine had no effect on basal airway reactivity to histamine in unchallenged, ovalbumin-sensitized guinea pigs and did not affect allergen-induced airway hyperreactivity after an early asthma reaction. Inhalation of aminoguanidine significantly potentiated the partially reduced airway hyperreactivity after the late asthma reaction, bringing it to the level of airway hyperreactivity observed after the early asthma reaction and indicating that induction of iNOS during the late asthma reaction contributes to the reversal of airway hyperreactivity.

Conclusion
We found no clear relationship among bronchial response, specific IgE antibodies, and increases in exhaled nitric-oxide levels. This might be due to the small number of participants. There was, however, a tendency for subjects with specific IgE antibodies and bronchial reactions to develop an increase in exhaled nitric-oxide concentrations. Further studies are needed to determine whether analysis of nitric-oxide from the lower respiratory tract can become a useful noninvasive tool for detecting lower airway inflammatory responses even before clinical symptoms occur. Sampling through sputum induction or bronchial lavage to show the cellular reactions causing the increase in exhaled nitric-oxide in the lower respiratory tract of affected individuals is currently being conducted by our group.

Acknowledgement
This project was funded by a grant from the Hauptverband der Gewerblichen Berufsgenossenschaften (HVBG), St Augustin, Germany, for BGFA Projekt Med. 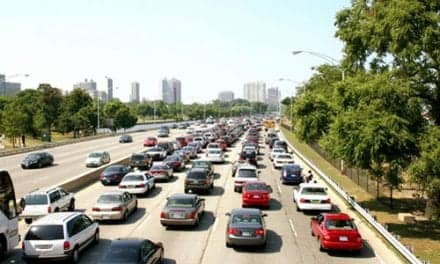 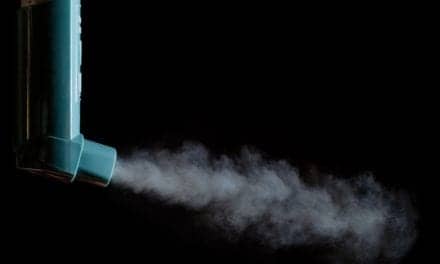