Patients hospitalized for acute exacerbations of chronic obstructive pulmonary disease (COPD) who received antibiotics in the first 2 hospital days demonstrated improved outcomes, including a lower likelihood of mechanical ventilation and fewer readmissions, compared to patients who received antibiotics later or not at all, according to a study published in JAMA.

The researchers examined the association between the use of antibiotics and outcomes among patients—40 years of age or older—hospitalized for acute exacerbations of COPD at 413 acute care facilities throughout the United States, between January 2006 and December 2007.

Of 84,621 patients, 79% received at least 2 consecutive days of antibiotic treatment. Compared with patients not receiving antibiotics in the first 2 days, antibiotic-treated patients were less likely to receive mechanical ventilation after the second hospital day (1.07% versus 1.80%), had lower patient mortality (1.04% versus 1.59%), a lower incidence of treatment failure (9.77% versus 11.75%), and lower rates of readmission for acute exacerbations of COPD (7.91% versus 8.79%). Patients treated with and without antibiotics had similar lengths of stay, but patients treated with antibiotics had lower costs.

Patients treated with antibiotic agents had a higher rate of readmissions for the bacterial infection Clostridium difficile than those who were not treated. After further analysis, the researchers found that the risk of treatment failure was lower in antibiotic-treated patients.

The researchers add that the findings—that all patient groups seemed to benefit from therapy and that harms were minimal—support the notion that all patients hospitalized with acute exacerbations of COPD should be prescribed antibiotics.

“This recommendation, however, is not consistent with the fact that roughly 50% of COPD patients do not have a bacterial etiology for their exacerbation. Identifying these patients remains a challenge, because sputum cultures do not distinguish between active infection and colonization. New bacterial infections may cause exacerbations and are associated with increases in inflammatory markers, … whereas colonization is not,” said the study’s authors. “…until more data are available, routine use of antibiotics for acute exacerbations of COPD may be appropriate.” 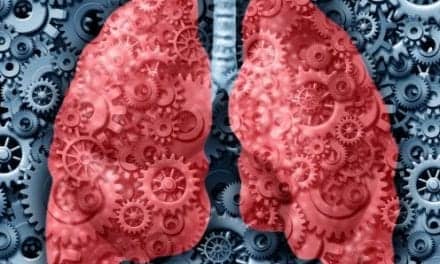 Prevention Is Still the Best Way to Manage This Disease