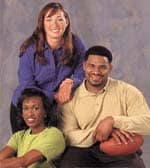 Getting the attention of Congress is no small task, but American Association for Homecare (AAHomecare) president Galen D. Powers is confident that AAHomecare has the intellectual ammunition to succeed. “We are striving toward two objectives,” Powers says. “The first is to repeal the impending 15% reduction in home health care expenditures scheduled for 2001. The second is to have a full cost of living adjustment for the years 2001 and 2002 instead of the scheduled partial adjustments. We are concentrating most of our energy and resources on those two goals.”

The AAHomecare is addressing other legislative goals such as curtailing the ill effects of the competitive bidding project. According to AAHomecare, while “competitive bidding” may sound attractive to legislators, it actually eliminates the free market competition that encourages the provision of high-quality medical services to Medicare beneficiaries.

Satisfactorily implementing the home health prospective payment system (PPS) is another major goal. The AAHomecare is urging Congress to require the Health Care Financing Administration (HCFA) to release the PPS rates as soon as possible, and to provide close oversight of the implementation of the new system. AAHomecare believes that home health agencies need as much information as possible, including actual rates, to understand and prepare for the implications of this new system.

As it stands now, final rules will be released in July 2000, permitting less than 3 months for home health agencies and fiscal intermediaries to prepare the system and make it operational. AAHomecare will work to establish that HCFA and Congress cooperates with home health providers as the new reimbursement system is implemented to ensure access to care for beneficiaries while providing needed information to home health providers.

Bringing a rational approach to the use of inherent reasonableness is yet another goal. AAHomecare believes Congress should remain vigilant in its oversight of HCFA’s implementation of the expedited inherent reasonableness authority granted in the Balanced Budget Act of 1997. AAHomecare will work to ensure that HCFA uses statistically valid data to support its inherent reasonableness initiatives and prohibit HCFA from circumventing the due process safeguards that govern the development of regulations. A full listing of legislative objectives and rationale can be found on the group’s comprehensive Web site at www.aahomecare.org.

Powers believes the AAHomecare message will ultimately be too powerful for HCFA to ignore. “No one can predict the future,” he says, “but we think we have a very good chance to achieve those goals because we are able to show the devastation wrought on the industry and patients due to the cuts of the 1997 Balanced Budget Act.”

A Growing Team
AAHomecare is a product of the merger between the Health Industry Distributors Association’s Home Care Division (HIDA Home Care), the Home Health Services and Staffing Association (HHSSA), and the National Association for Medical Equipment Services (NAMES). The move combines the three associations as well as the two branches of home health care, which are home medical equipment (HME) and care services.

The HHSSA brings a 22-year tradition as a national trade association representing more than 1,500 freestanding, for-profit home care providers in 48 states. Former HHSSA members serve approximately 1 million patients each year with a variety of services, including disease management, maternal child health, pediatrics, rehabilitation, and geriatrics. HHSSA provided its members with timely and accurate information on all federal and state issues along with the most current data from HCFA and the Occupational Safety and Health Administration.

As the third building block in the AAHomecare trio, NAMES supplies its members with timely industry communications and legislative/regulatory advocacy, educational opportunities, and numerous products and services.

Smaller organizations, such as the Respiratory Homecare Providers Association (RHPA), recently joined forces with the AAHomecare in hopes of furthering the legislative agenda for respiratory care providers. “We feel that one unified voice speaking to legislators is much better than five or 10 smaller voices. In unity, there is power,” says Mickey Letson, president of Letco Medical, Decatur, Ala, and former chairman of the RHPA. “We feel our respiratory niche can add value to the larger association.”

Total AAHomecare membership currently stands at a little more than 1,000 home care providers with more than 3,000 locations serving over 1 million beneficiaries. Current membership initiatives include postcard mailings along with a targeted campaign toward a few large companies. “We are trying to reach 2,000 members in the year 2000,” Powers says. “We got off to something of a slow start after merging the three organizations, but we are now ramping up at a lively pace.”

To achieve that kind of growth, Powers says the organization must continue to diversify its membership. “I think the biggest misconception about the AAHomecare is that we have a narrow membership base. Many people think that we are simply HME or just HME with a little home health thrown in—and that those are all for-profit companies,” he says. “In fact, we have a full spectrum of home care entities—hospital-based, nonprofit, and home health care. We have state associations of home care people and small and large companies.”

Powers believes the AAHomecare message is compelling enough to overcome these relatively low membership numbers. As the first chief counsel for HCFA back in the 1970s, he has an insider’s perspective on the organization’s decision-making criteria.

“I think HCFA is influenced directly and proportionately to the quality of your case. The intellectual structure and soundness of your position is about the only thing that will influence them,” Powers says. “When you have public policy goals, it is critically important that you formulate those goals in a way that makes a compelling intellectual case. And we have that case.”

InauguralMeeting
AAHomecare’s first annual conference will take place this year on June 14-15 at the Loews L’Enfant Plaza in Washington, DC. In addition to valuable networking opportunities, attendees will hear from key members of Congress, congressional staff, and top HCFA officials.

AAHomecare will help attendees to coordinate face-to-face lobbying visits with members of Congress. Educational sessions will provide the latest on important issues and provide members with training to help maximize the effectiveness of their congressional visits.

Representative Bill Thomas (R-Calif), chairman of the House Ways and Means Health Subcommittee, will be the keynote speaker. Thomas authored the Balanced Budget Refinement Act of 1999 as well as the Medicare Preservation Act. He served as administrative chairman of the National Bipartisan Commission on the Future of Medicare and is recognized as a key player in the Medicare reform debate.