Researchers at the Georgetown Lombardi Comprehensive Care Center, at the Georgetown University Medical Center, have found that examining the blood “metabolomics” profile of smokers immediately after they had a cigarette revealed activation of pathways involved in cell death, inflammation, and other forms of systemic damage. The researchers say the findings, presented at the 9th American Association of Cancer Research Frontiers in Cancer Prevention Research Meeting, provide the best analysis of the chemicals produced by smoking and indicate the potential toll that carcinogens and toxins pose to smokers years before lung cancer, heart disease, or other smoking-related diseases appear.

According to the researchers, the findings could help in the development of new blood tests that will allow future studies to assess the harmfulness of one tobacco product compared to another. This could be useful to the US Food and Drug Administration, the agency responsible for controlling the contents of cigarettes.

The study presents a new way to evaluate the effect of cigarette smoking in humans, say the researchers. Previously, cigarette manufacturers were only required to use machines that “smoked” cigarettes to derive the chemical content of potential carcinogens.

The pilot study analyzed the blood of 10 smokers before and after they smoked a cigarette, and then measured the effects again after a second cigarette smoked 1 hour later in a smoking laboratory. Because frequent tobacco users may metabolize smoking-related toxins differently, the study enrolled five light smokers (fewer than 12 cigarettes a day) and five heavy smokers (23 or more cigarettes smoked a day).

The researchers then analyzed the global metabolomic profile of about 3,000 chemicals in the blood of each smoker. A metabolite is produced when anything taken into the body—such as food, tobacco smoke, alcohol, or medicine—is metabolized, or broken down into chemicals that produce a biological function via metabolic pathways. The global metabolome is the network of metabolic reactions, and metabolomics is analysis of the metabolome at any given time.

Researchers traced the metabolites in the content of relevant pathways that are affected by cigarette smoke including cell death, cell-cell interactions (a marker of inflammation), lipid metabolism, and gene expression. In heavy smokers, they then traced metabolites that were being produced after smoking back to damage in multiple organs and to a breakdown in the phospholipids that make up a cell’s membrane, and a change in production of bile acids.

The study is ongoing. Researchers also plan to compare changes in those smokers’ metabolome to their transcriptome—all RNA molecules produced in the cells of the smokers, which was done in the laboratory a few years ago. This would reflect the genes that are actively being expressed at a given time.

The researchers’ goal is to identify new risk markers for lung cancer to improve early detection of smoking-related disorders.

Genetic Variant is Linked to Effectiveness of a Quit-Smoking Drug 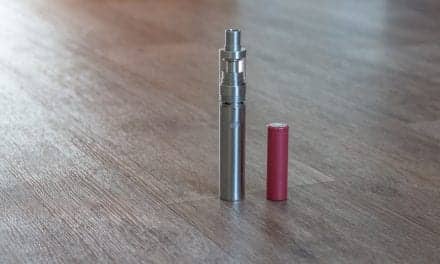