Spirometry Screening for COPD? Maybe Not 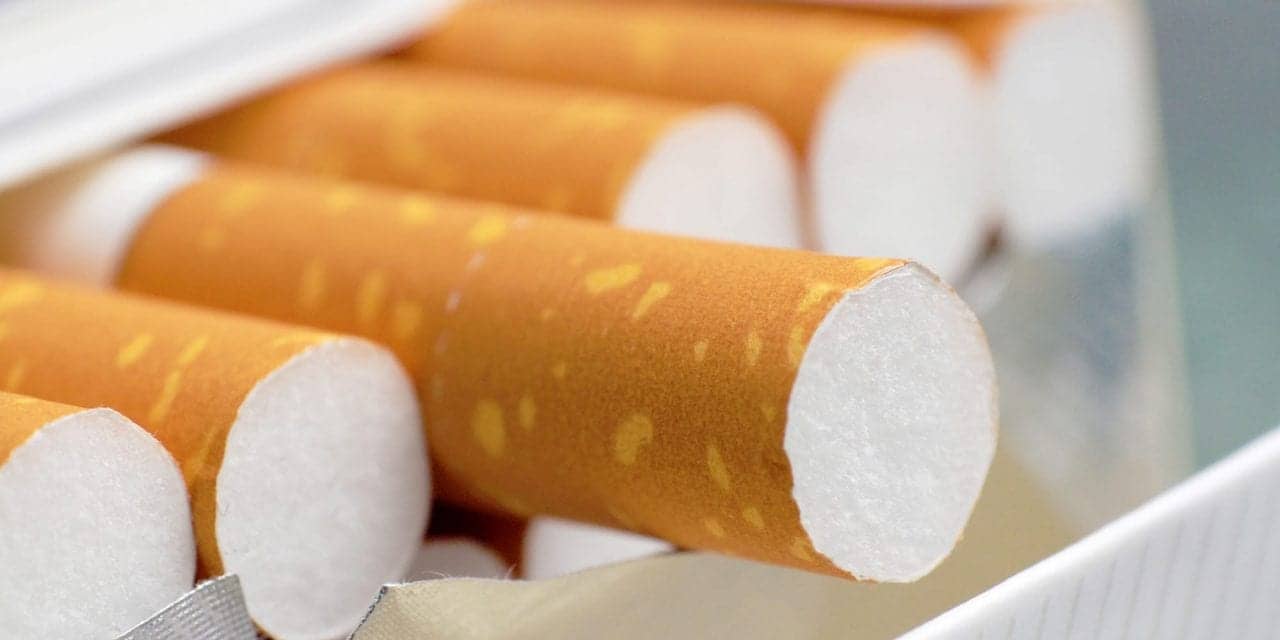 Screening all smokers via spirometry made sense, particularly because many smokers with COPD go undiagnosed. New guidelines could change that practice.

Evidence-based medicine (EBM) has been reshaping practice and driving change in many of the traditional ways of caring for patients. The AARC provides clinical practice guidelines that are founded in EBM, and we have seen the EBM approach used to create treatment strategies for wide-ranging issues, such as management of ARDS, weaning from mechanical ventilation, treatment options for aerosol delivery, asthma management, and oxygen therapy. Evidence-based medicine uses a scale to rank the quality of evidence, giving well-designed, randomized, controlled trials the highest ranking. Analysis of the evidence is done by various means such as assessing the odds of something happening (establishing the odds ratio), establishing the relative risk, and pooling data from many independent studies to look for the strongest evidence (meta-analysis). The concluding remarks and recommendations of a well-done review and analysis of the most current studies establish the new standard of care or set up a new pathway to manage diagnostic tests and/or therapies.1

The US Department of Health and Human Services established the Agency for Healthcare Research and Quality (AHRQ), which in turn created the US Preventive Services Task Force (USPSTF). According to the AHRQ Web site, the USPSTF is “An independent panel of experts in primary care and prevention that systematically reviews the evidence of effectiveness and develops recommendations for clinical preventive services.”2 Early in 2008, the USPSTF released a statement regarding the use of spirometry screening to uncover people with undiagnosed COPD. The statement was based on a thorough review and analysis of the studies using the EBM approach. The USPSTF made the recommendation that this spirometry screening should not be done. That is a major shift in what has been recommended through previous years. We need to look closely at the evidence and reasoning behind this conclusion to understand how and why this is being established as the best practice.

Overview of COPD and the Recommendations for Spirometry Screening

The Global Initiative for Chronic Obstructive Lung Disease (GOLD) guidelines have defined COPD as a preventable and treatable disease of airflow limitation that is not fully reversible. The airflow limitation tends to be progressive and is linked to an abnormal inflammatory response in the lung due to exposure to noxious particles or gases. The GOLD guidelines classify COPD into four categories based on spirometry. All four categories include a FEV1/FVC <0.70 and separate Stages I (Mild), II (Moderate), III (Severe), and IV (Very Severe) based on FEV1% predicted.3 The guidelines go on to recommend medications and therapies based on these classifications, thus spirometry plays an important role in examining the severity of the disease and deciding on what is the appropriate care.

Four out of five patients with COPD are current or former smokers,4 which places smoking at the top of the list of risk factors for COPD. According to the GOLD documents, the other risk factors beyond smoking include exposure to occupational dusts, indoor air pollution from heating and cooking with biomass fuels in poorly ventilated dwellings, outdoor air pollution, oxidative stress, gender, age, respiratory infections, socioeconomic status, nutrition, and genetics (alpha1-antitrypsin deficiency).3 Not all smokers will develop COPD, and it was previously thought that COPD developed in about 15% of smokers (depending on the person’s susceptibility to damage from inhaled smoke); but researchers are now discussing a lifetime risk for smokers to develop COPD ranging from 35% to as high as 50%.5

The prevalence of COPD in the general worldwide population is estimated to be between 7% and 19%, which equates to approximately 280 million people if using the lowest rate; but it is important to note that many people with COPD have not been diagnosed. In the United States, there are an estimated 24 million people with airflow obstruction and less than half have had the diagnosis of COPD.4 It is thought that many patients may be “poor-perceivers” who are not aware of the gradual increase in COPD symptoms (shortness of breath, cough, wheezing), and these patients adapt the attitude that limitations are just a natural part of the consequences of smoking.6

In 2000, the National Lung Health Education Program (NLHEP) recommended that all smokers more than 45 years of age have screening pulmonary function tests performed to identify undiagnosed COPD.7-9 This prompted a move in the United States to have office spirometry established in physicians’ offices and for people to “Test your lungs. Know your numbers”—the motto adopted by NLHEP. As a result, widespread screening was performed and new treatments were started based on the findings as people with low FEV1% were given the diagnosis of COPD.

In 2008, the USPSTF reviewed the evidence concerning the use of spirometry for screening/case finding, diagnosis, and management of COPD. After reviewing the published articles from 1966 through 2006, the USPSTF concluded that about one out of every 14 adults in the United States has airflow obstruction that qualifies for the diagnosis of COPD (FEV1/FVC <0.70 and obstruction that is not significantly reversed by bronchodilators) and that the problem with airflow obstruction is underdiagnosed in the primary care setting. On the other hand, they concluded that giving a diagnosis of COPD based on symptoms alone resulted in overdiagnosis of COPD; when these patients were evaluated by spirometry, no airflow obstruction was found. The USPSTF found that 21% of the patients who had a FEV1 less than 50% predicted (which puts these patients in either GOLD category Stage III or IV—Severe, or Very Severe) reported having no symptoms. Finally, the Task Force also found that there were a number of false-positive results based on spirometry performed in the general population that would have assigned the diagnosis of COPD to asymptomatic healthy subjects, and that the number of false-positive results increases when examining patients more than 70 years of age.4,10

Another issue related to smoking and screening spirometry is the problem that comes up when a smoker has normal spirometry results. Based on personal experience with performing screening tests in the general population, these people breathe a sigh of relief, then express gratitude—since they have no measurable problem, they feel justified to continue smoking. The normal results have reinforced the acceptability of the habit and discouraged quitting.

Impact of Care for COPD

The USPSTF investigated the impact of pharmacologic treatment, oxygen therapy, and pulmonary rehabilitation for COPD on reducing mortality or morbidity. The medications reviewed included long-acting b-agonists (LABAs), short- and long-acting anticholinergics, inhaled corticosteroids (ICS), and combinations of these medications. Short-acting b-agonists were not included in the review. The studies included in the review involved patients with an FEV1 less than 50% predicted (putting these patients in GOLD category Stage III: Severe or Stage IV: Very Severe). The conclusions of the Task Force were:

The task force also evaluated the impact of influenza and pneumococcal immunizations on morbidity and mortality for COPD patients. Influenza immunization was found to reduce exacerbations, predominately in patients who were more than 4 weeks past the immunization. There was insufficient evidence regarding pneumococcal vaccination—more research is needed to evaluate this.4

The USPSTF used information from its review to project what would be the outcome for screening 10,000 people over the age of 40 who were current smokers. They projected that 207 would have an FEV1 less than 50% predicted and would qualify for inhaled pharmacologic treatment that would be of some benefit. A minimum of 833 people would have to be screened to have the impact of reducing exacerbations by a single incident.4

The USPSTF states in their conclusion: Hundreds of patients would need to have screening spirometry to identify one person with COPD whose incremental health benefit over clinical diagnosis would probably be limited to the avoidance of a first exacerbation.4

Prior to the recommendations from the USPSTF released in 2008, the American College of Physicians recommended in 2007, “In patients with respiratory symptoms, particularly dyspnea, spirometry should be performed to diagnose airflow obstruction. Spirometry should not be used to screen for airflow obstruction in asymptomatic individuals.”11 The subcommittee making the recommendation went on to say that “Evidence is insufficient to support widespread use of spirometry for testing adults with no respiratory symptoms, including those with current or past exposure to COPD risk factors.”12

In light of the findings of the USPSTF and other recommendations, the evidence points to a change in the approach to fight COPD. Rather than spending time and money performing screening spirometry, resources need to be used to promote smoking cessation, asthma education, allergen skin testing, measurement of exhaled nitric oxide, pulmonary rehabilitation, oxygen therapy, and chronic disease management. Screening the general population to try to find COPD used to be the standard, but no more. Spirometry is indicated when a person presents who has shortness of breath, chronic cough, increased sputum production, wheezing, and/or a family history of alpha1-antitrypsin deficiency. The evidence makes the case for change.

Bill Pruitt, MBA, RRT, CPFT, AE-C, is a senior instructor and director of clinical education in the Department of Cardiorespiratory Sciences in the College of Allied Health Sciences at the University of South Alabama in Mobile. He also works as a PRN respiratory therapist at Springhill Medical Center and Mobile Infirmary Medical Center in Mobile. He holds certification as an asthma educator (AE-C) and a pulmonary function technologist (CPFT). For further information, contact editor@RTmagazine.com. 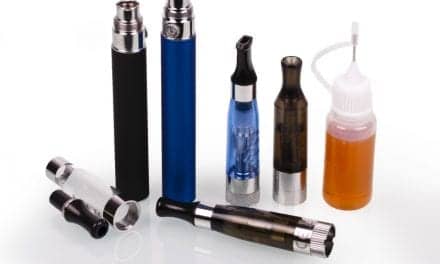 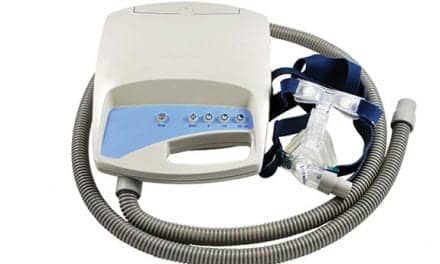 CPAP and BiPAP in the Postanesthesia Care Unit